Difficult growing up of a Jewish boy in the post-war Poland, a musical adventure and drugs. Under his jovial image, Joza conceals an adventurous biography that could be shared among a few people. Who is he today? Without hesitation, he could be called a jolly good fellow. Open and funny, he is passionate about his job of a guide in Jerusalem. He finds a common language with Christians, Arabs and Jews. Local residents like him and tourists listen to him with attention and interest. It is worth to stop for a while and get to know him better. 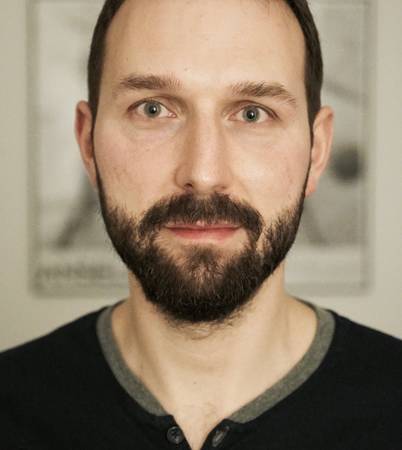 Lukasz’s documentaries have played at festivals, such as Hot Docs, Camerimage, Visions du Reel and SXSW. Currently splitting his time between Tel Aviv, where he works as a cinematographer on documentaries produced by one of the Israelis top production companies, Heymann Brothers Films; and Denmark where he is currently directing two feature length films with Made in Copenhagen. Lukasz has a Master Degree in Documentary Film Directing from the UK’s National Film and Television School (NFTS) and an MA in sociology from the University of Warsaw, Poland.