A suit, hat and a briefcase – the protagonist of the animation looks like a representative of the yuppie generation or a corporation employee. This time, however, he has no documents in his briefcase, but other versions of himself and, instead of a business trip, he goes on a crazy run within his own consciousness. Is the man running away from himself or is he trying to chase himself? What will happen when the protagonist’s egos finally meet? The film presents an abstract vision of shaping one’s own personality in the style of a newspaper comic strip. The visual play with a black line and images makes it possible for consecutive frames to merge freely, while geometric figures, irregularly shaped spots and characteristic items are used to build the character’s identity.

Animation filmmaker and graphic designer. A graduate of the Academy of Fine Arts in Krakow. He has been involved in the production of many art films and received a scholarship for artistic achievements from the Mayor of Krakow and the Minister of Culture and National Heritage. Currently, he lives and works in Krakow 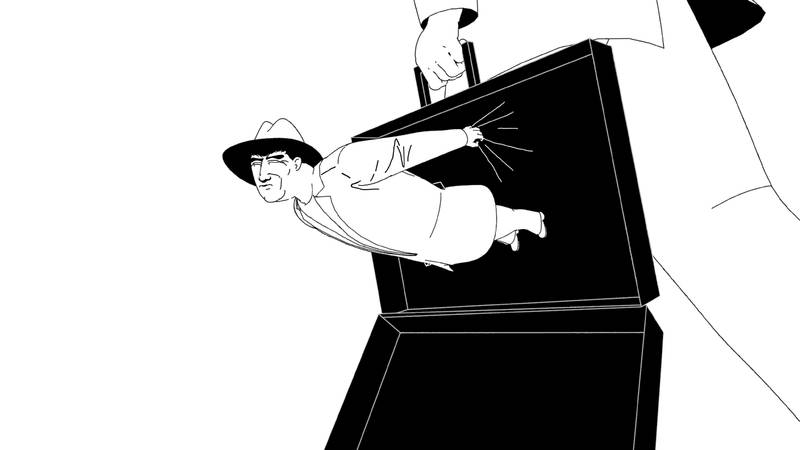