How did one of the most famous rock’n’roll bands come to life? It is hard to imagine The Band without Robbie Robertson who shaped the musical image of the group as its guitarist and author of lyrics. The film is a personal journey in his footsteps spanning six decades. It starts in Toronto, his hometown, where this artist with Native American and Jewish roots spent his childhood. The filmmakers drew inspiration from both archival footage and Robertson’s memories. They also included contributions provided by his collaborators and friends, including Martin Scorsese, Bob Dylan and Bruce Springsteen. 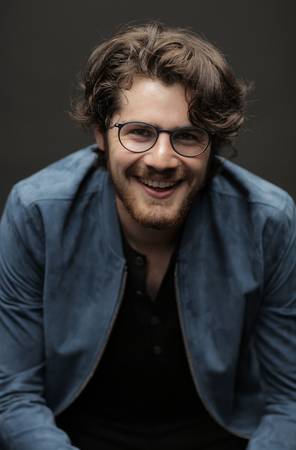 Daniel Roher strives to create socially significant content that entertains audiences around the world. “Ghosts of Our Forest”, chronicles the struggle of a displaced indigenous tribe in Uganda, premiered at the 2017 at Hot Docs Film Festival. The film followed the acclaimed premiere of his previous documentaries including “Survivors Rowe”, (Hot Docs 2015), which was nominated for a Canadian Screen Award, screened on Parliament Hill in Ottawa and had its broadcast debut on TVO. Daniel has a keen eye for story, complex visuals, and the unique potential animation poses in challenging documentary memoir.