For many months we have been following the events in Belorussian streets after the presidential election. Protests, clashes with the police, mass arrests without any chance for a consensus between the parties. Three actors from the underground theatre in Minsk are trying to find themselves in this chaos. Outside their performances, they live regular lives, have families and work, while the stage offers an escape from everyday life and a possibility to express opposition against the authoritarian government. For many years they protested against the authorities through art and now they have decided to join thousands of people in the streets. Their courage will be tested. 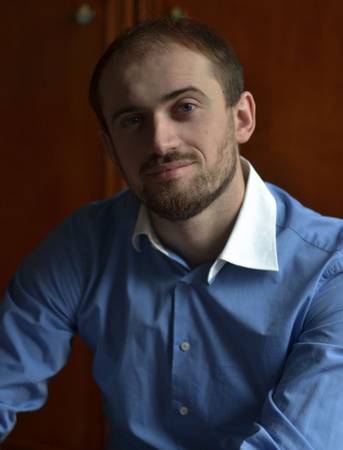 Film director and screenwriter He was born in 1989 in Belarus. In 2012 he moved to Germany to study Film and Television Directing at the Art Academy in Kassel. In 2012 his picture "Lake of Happiness" won a nomination to the European Film Award in the category of the Best Short Film. "Courage", which premiered at the festival in Berlin, is his documentary debut.