How My Grandmother Became a Chair

It started rather innocently. One day flowers ceased to smell the way they used to. Then music on the radio became interspersed with noise until it stopped playing completely.... When an elderly woman started losing her senses one by one, her housekeeper became the only companion in her everyday life. Her grandchildren, busy with their own quarrels and fighting for money, stopped paying attention to their grandmother a long time ago. But the more darkness overshadows the elderly woman's house, the closer the bond between her and the housekeeper. A poignant story about illness and growing old which employs imagination and metaphor to show the difficult and painful process of departing. 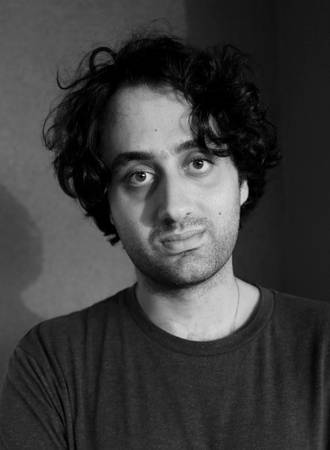 Born 1994 in Monsef in Lebanon. Visual artist and director. He participated in many local and international exhibitions. He graduated from Academie Libanaise Des Beaux Arts in animation. In 2018 his debut project “How Grandmother Became a Chair” received The Film Prize of the Robert Bosch Stiftung for a German-Lebanese co-production. In 2019 he opened the Fattouh Art Gallery in Monsef. Filmography: “Le voleur de casseroles” (2015), “How grandmother became a chair” (2020).