Every year, the cinema of a selected country is the special guest at Krakow Film Festival. This time, a large portion of the festival programme will be dedicated to the artistic output of Poland’s western neighbour.  Within the frames of the section “Focus on Germany,” the latest documentary and short films will be shown, as well as the programme for children and teenagers, and a selection of student films. The representatives of the film industry from Germany and Poland will meet at a joint conference.

German films will also be included in three international competitions. It is a very powerful cinema, this year, 332 German films were submitted. It is high time to get back to this cinematography. For the first time, we presented German documentary films in 2008, and it was the Panorama of German cinema, which was shown then, that became the beginning of the presentations of national cinematographies, but in the expanded formula, with the forum for producers, workshops and the industry conference, which should encourage joint production enterprises, says Krzysztof Gierat, the director of Krakow Film Festival.

In the main programme of the section “Focus on Germany,” there will be 7 feature-length documentary films. In accordance with the trend which also applies to Polish film-makers, German films are made all over the world. Thanks to this, the films presented within the frames of the Festival will show the whole spectrum of fascinating topics, a variety of characters as well as diverse cinematic approaches by their film-makers.

“The Promise” (dir. Marcus Vetter and Karin Steinberger) is a story of the passion and the crime which shook the community of the state of Virginia in 1985. It is also a story about the first trial broadcast in the United States, seen through the eyes of its participants and the convicts themselves. Prisoners are also the main protagonists of the film “Tales of the singers and the murderers” (dir. Stefan Eberlein). The documentary film depicts the remarkable phenomenon of the national competition The Red Snowball Tree, organised with a flourish (named after the title of the brilliant film by Vasiliy Shukshin) in which the convicts from all over Russia sing their way to victory with songs about longing, war, love and forgiveness. 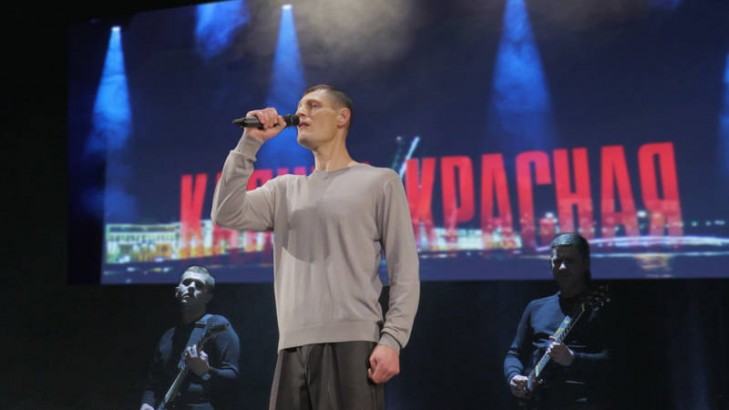 “Tales of the singers and the murderers”

Two of the festival films were made in the Middle East, and both deal with the conflicts in that region. The director of the documentary film “Holy Zoo,” Katharina Waisburd offers a new, original look at the subject matter of the Israeli-Palestinian conflict. She thoroughly illustrates the relations of the Jewish and the Muslim employees of the zoo in Jerusalem – full of friendship, though not devoid of tensions. Whereas “Dil Leyla” (dir. Asli Özarslan) presents the inspiring fate of the youngest mayor in Turkey, and at the same time, a charismatic woman, Leyla Imret, who was 26 years old when she took up the post in a small town, Cizre, in the very heart of the Kurdish resistance movement. 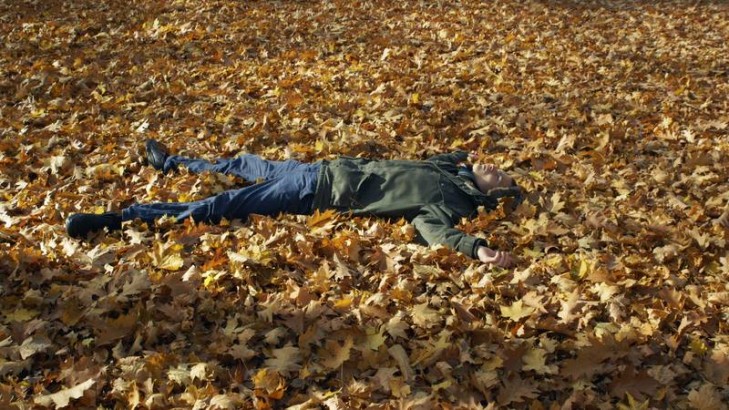 The films “Happy” and “Brother Jakob” are, in turn, very intimate looks of the film-makers at their loved ones. In the documentary film “Brother Jacob,” the director Eli Roland Sachs makes an attempt to understand the decision of his brother, who converted to Islam after reading the Quran a few years earlier. The director Carolin Genreith, the daughter of the protagonist of the film “Happy,” however, looks for the answer to the question what is really behind her father’s relationship with the thirty years his junior Thai woman.

The film which deserves particular attention is the latest production by the eminent Ukrainian documentary film-maker, Sergey Loznitsa, the multiple award-winner of the highest laurels at Krakow Film Festival. “Austerlitz” is a thought-provoking film, leading to deep reflection, which shows the observation of the contemporary tourists visiting the memorial sites of the victims of the Holocaust. Grand Prix of the festival in Leipzig.

In “When Paul Came Over the Sea” (dir. Jakob Preuss) Paul made his way up through the Sahara to reach forests close to the Moroccan coast where he waits for the right moment to cross the Mediterranean Sea. This is where he meets Jakob, a filmmaker from Berlin who is doing research along Europe’s borders. An unusual friendship grows in a politically problematic context.

The partners of the section “Focus on Germany” are: the Consulate General of Germany in Krakow, Goethe-Institut in Krakow, German Films, the Nuremberg House in Krakow, the festival DOKLeipzig and Krakow Technology Park.