KFF Industry is the part of Krakow Film Festival, dedicated to film industry professionals, within the frames of which the following events are held every year: KFF Market, the pitchings Animated in Poland, Docs To Start, Docs To Go!, CEDOC Market, KFF Industry Meetings, the screenings Docs to Buy and many others. This year’s edition of KFF Industry also offered the guests of the festival professional workshops and discussion panels. In addition, the Focus on Denmark Presentation was organized. The events of KFF Industry took place between the 1st and 6th of June. All of them were held online due to pandemic situation and measures taken to limit the spread of COVID-19.

To this year’s, fifteenth edition of KFF Market, 1500 documentary, short and animated films were submitted, from among which the organizers chose about 270 films. The selection of the most interesting documentary films from Germany, Switzerland, Greece, Italy, Denmark, Eastern and Central Europe was prepared by the partners:  DOK Leipzig, East Silver, Thessaloniki International Documentary Film Festival, Visions du Reel/ Swiss Films, Danish Film Institute and Festival dei Popoli. All qualified films were included in the market catalogue, and during the Festival, they could be watched in the digital video collection. This time KFF Market catalogue included also the whole program of the 60th Krakow Film Festivalavailable for professionals from abroad and accredited guest from Poland. This year, the films in the videolibrary were watched by 464 accredited guests, and among the users of KFF Market, there were the festival programmers of such important festivals as: Venice IFF (Italy), IDFA (The Netherlands), Cannes FF (France), Sundance FF (USA), DOK Leipzig (Germany), Ji.hlava IDFF (Czech Republic), Visions du Reel (Switzerland), Doclisboa IFF (Portugal), distributors and sales agents, as well as film experts and representatives of television channels. The films collected in the video library were played a total of 6992 times. 163 films were played more than 10 times. The most frequently watched film – 162 times – was the documentary “An Ordinary Country” directed by Tomasz Wolski.

The most frequently watched Polish films

This year’s Animated in Poland formula followed the lead of the previous edition – the day before pitching all participants took part in a workshop preparing for the presentation of their projects, conducted by Wim Vanacker– member of the selection committee for the official short film competition of Festival de Cannes, former Head of the Script Department of NISI MASA and European Short Pitch – one of the most important short film pitches in Europe. In this year’s pitching session, moderated by Zofia Jaroszuk, participated six animated films at the stage of production. The project  „Gonâve” by Róża Duda and Michał Socha won the award in the form of a voucher for 10 days of sound post-production for the film, funded by the Sound Mind studio, established by Michał Fojcik, whereas the Special Mention funded by the Audiovisual Technology Center in the form of PLN 30,000 of non-cash contribution in the production of the film received the project “Slow Light” by Katarzyna Kijek and Przemysław Adamski. After the presentations, all participants took part in individual meetings with the representatives of film industry from abroad, festival programmers and sales agents.

Talent Market prepared in cooperation with the Polish Animation Producers Association was also part of Animated in Poland. Talent Market is an event organized for animated film directors, as well as students and graduates of art schools who are just planning to start a career in this industry. The filmmakers looking for a producer for their projects had the opportunity to meet representatives of five animation studios (Animoon, EGo Film, Letko, Pigeon, WJTeam / Likaon) and present their films and portfolio to them.

Panel discussion “Director and producer – playing for one goal” was another event accompanying Animated in Poland. The guests invited to the discussion were Robert Sowa – animated film director and producer, Head of the Animation Film Studio at the Academy of Fine Arts in Krakow and artistic director and CEO of the Krakow Animation Center; Aneta Zagórska – film producer and founder of Krakow Film Klaster; Marcin Lassota from Lassota Krawiec Law Firm – lawyer specialising in film law, copyright law and litigations. Invited panellists talked about how the cooperation between directors and producers looks like, what is a producer responsible for and what is the role of a director and how to join forces to accomplish the same goal – make a film? They also explained the basic terms in copyright law and discussed how a good partnership during film production works. The event was co-organized with Krakow Animation Center, Krakow Film Klaster and Lassota Krawiec Law Firm.

For the sixth time, within the frames of Krakow Film Festival, there were held the workshops session DOC LAB POLAND, co-organised by the  Władysław Ślesicki Film Foundation. The participants of the workshops DOC LAB START under the guidance of tutors and experts – Adriek Van Nieuwenhuijzen (IDFA Forum), Tereza Šimíkova (CPH Forum), Christian Popp (FIPADOC) – worked on the projects at the state of development. The participants of the workshops DOC LAB GO, in contrast, were supported by Rada Šešić (Sarajevo FF) and Leena Pasanen (Biografilm Festival). The culmination of the workshops were two pitching sessions: DOCS TO START and DOCS TO GO!

DOCS TO START Pitching is a presentation of film projects at the stage of development or first shooting. Its purpose is to acquire potential co-producers and funding, necessary to continue the making of the film. The participants showed their projects to producers, representatives of television channels, Regional Film Funds and institutions co-financing film production, but also to distributors and sales agents, and to the selectors from the most important festivals. Within DOCS TO START, 11 projects were presented. The meeting was hosted by Tereza Šimíková. After the pitchings, the representatives of the projects had three-hour individual meetings with potential co-production and financing partners and the representatives of television channels, among others: Al Jazeera, Kerekes FIlm, PBS, Archive Valley, Stefilm, Ida Productions, Einbahnstrasse Productions, Novikova & Dochters, Elemag Pictures, Fastforward / Saxonia Entertainment, Kundschafter Film, DOK Incubator, East Doc Platform, Emerging Producers, Agora Doc Market, Docs Barcelona Industry, Baltic Sea Forum for Documentaries, HBO Europe, Visions du Reel Industry – Pitching du Reel, Women Make Movies, Hot Docs Forum, DMZ International Documentary FF, Sunny Side of the Doc.

DOCS TO GO! Pitching, a joint initiative of Polish Film Institute and Krakow Film Foundation in co-operation with Władysław Ślesicki Film Foundation, was held in Krakow for the ninth time. The aim of the pitching is to promote and present the most interesting Polish documentary films in post-production, whose première will take place within the coming months. Producers and directors of the selected projects had a chance to show fragments of the assembly edits of their films and to talk about the production to the distributors, sales agents, representatives of television channels, programmers of film festivals and other experts and decision-making persons present at the meeting. Within the frames of DOCS TO GO! 10 projects were shown. The pitching was moderated by Rada Šeši.

Another industry event was co-organized by the Władysław Ślesicki Film Foundation – CEDOC Market – international co-production meetings for invited producers, including producers from Denmark. Thirty projects from around the world were qualified to the Market. During the three-day meetings, producers had the opportunity to talk with potential partners from Poland, Germany, Georgia, Czechia, Finland, Spain, Austria, Ukraine, Romania, France, Norway, Kosovo, Italy, Bulgaria, Estonia, the Netherlands, Israel, Slovakia, Hungary. The talks with experts at round tables included topics centered around human rights, the use of archives and children’s cinema.

For the fourth time, as part of the Krakow Film Festival, closed, intended for distributors, industry shows of the latest documentaries that are looking for potential distribution partners have been organized. This year’s DOCS TO BUY screenings included 5 films. The representatives of the films had a chance to meet film distributors, VOD and pitching platforms representatives.

PRESENTATIONS AND MEETINGS WITH EXPERTS

The special guest of this year’s 60th edition of the Krakow Film Festival was Danish cinematography. The program “Focus on Denmark” included screenings of the latest Danish documentary, short fiction and animated films. An important industry event of the section was the Focus on Denmark Presentation held online, which main axis was the presentation of co-production possibilities with Denmark. After introduction of all prominent guests, Ane Mandrup presented an overview on establishing the international co-production when applying for the support of the Danish Film Institute. Topics that were discussed later on included successful Danish co-productions, requirements to be met to establish good cooperation and extensive financial issues. Attending panellists were: Anne Mandrup (Danish Film Institute), Katrine A. Sahlstrøm (Good Company Pictures), Kim Christiansen (DR Sales), Malene Flindt Pedersen (Hansen & Pedersen Film and Television), Signe Byrge Sørense (Final Cut for Real), Sigrid Dyekjær (Danish Documentary Production). The event was moderated by Tue Steen Müller. Focus on Denmark partner was Danish Film Institute. 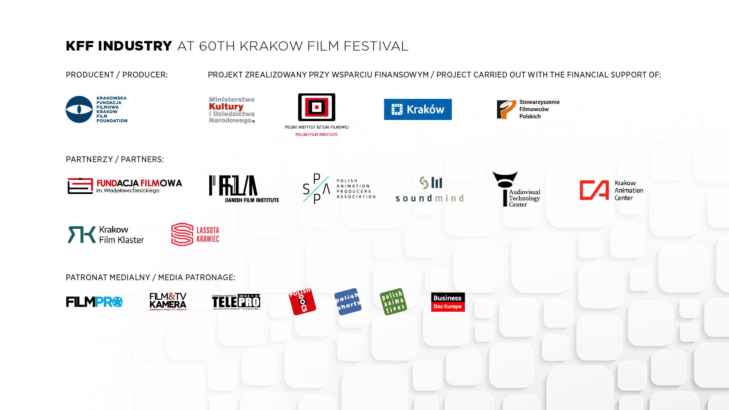