I Need the Handshakes

A small hamlet lost in the endless Belarusian province. Walentyna, who is 92 years old, lives in a little cottage off the beaten track where she takes care of her daughter who was born paralysed. Tania experienced unimaginable loneliness in her life, yet against all the odds she found her own way to express the pain and beauty of existence. Andrei Kucila's film carries plenty of powerful emotions, even though its author treads cautiously so as not to cross the boundary of the protagonists' intimacy. A frightfully beautiful film about limitless sacrifice, great power of imagination and poetry which can replace reality. 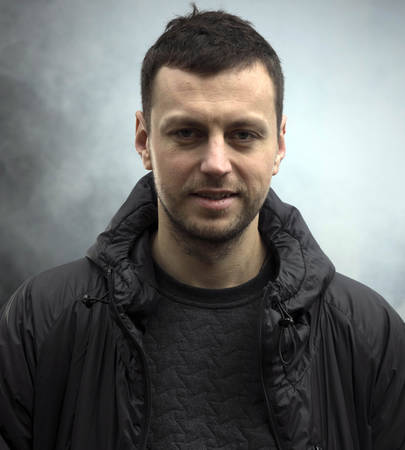 Film director, born in 1983. In 2007 he earned his degree in International Journalism from the Belarusian State University and two years later he graduated from the Belarusian Academy of Fine Arts in Minsk. Since then he has collaborated with various producers and TV stations as a freelance filmmaker and participated in many international education programmes (including IDFAcademy and Berlinale Talents). In 2018 he won the IDFA award in the Best Medium-Length Documentary Film category for "Summa". In 2019, he was awarded with the Silver Hobby-Horse for the best documentary film in the National Competition of the Krakow Film Festival. He is a winner of the "Gaude Polonia" scholarship granted by the Minister of Culture and National Heritage and the author of the following films: "Focal distance" (2008), "Kill the Day" (2010), "Fight For" (2011), "Enough! To Freedom ..." (2012), "Love in Belarus" (2014), "Guests"(2015), "Passing BY" (2016), "King of the Hill" (2017), "Summa" (2018), "Strip and War" (2019) and "I Need the Handshakes" (2020).