Standard elements of data presentation ran away from Power Point and became the protagonists and the set design of the animation. Skyscrapers were replaced by Excel bars, the sun rising above the city looks like a pie chart now, and millions of digits float in the air instead of elements. Animated charts, diagrams and data gradually enter into more and more familiar relations with each other. They mingle, overlap and vibrate to the soundtrack of a scientific lecture on economics, sounds of nature and choral singing. The sensual dance of statistics alludes to a domino effect and problems of individuals hidden behind raw data from reports. 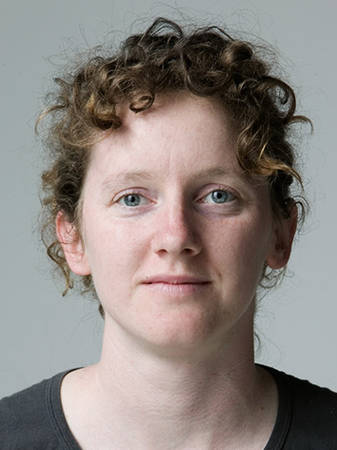 Born in 1978 in Zurich, Switzerland. She attended preparatory course at Zürcher Hochschule der Künste (ZHdK, 1999-2000) and Media Arts department at Fachhochschule Aarau (2000-2002). From 2002 for a year she did internship at Eesti Joonisfilm in Tallinn. She was a student of animation department at the Hochschule Luzern, Design & Kunst (HSLU, 2003-2005). Between 2006 and 2011 she worked as curator of installations and performances at Artspace Rondeel Maastricht (ARM). In 2011 she founded Gehrig Trick & Sohn.