When you watch the protagonists of this film today, you might think that life begins when you turn 90. Both survived the Holocaust, live in the US and started a klezmer band a few years ago. Ruby and Saul’s biggest dream is to come with concerts to Poland – the country where they were born and experienced their greatest trauma. Despite various kinds of adversities, they finally manage to implement their plan. For two spunky old men, this journey will be a form of therapy and, at the same time, the fulfilment of their mission. With their music, they remind us about what happened in this part of Europe.

Nominated to an Academy Award™. National EMMY winning producer, director, writer and cinematographer whose work has aired nationally on ABC, CBS, NBC, PBS, HBO, Al Jazeera. His films were screened and awarded at national and international festivals and broadcast internationally in Europe and Asia. He is the president and founder of Nomadic Pictures, a documentary film production company based in Chicago, and the Executive Director of Ethno Pictures, a non-profit film company that produces and distributes documentary films. 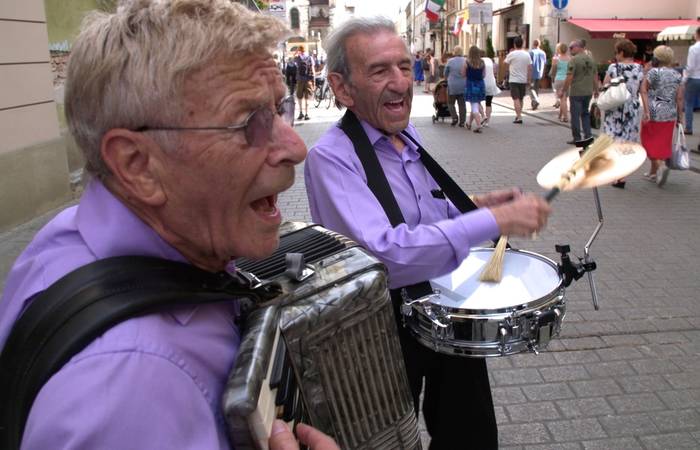