All Her Dying Lovers


It started with gossip in Czechoslovakia in the aftermath of World War II and ended with headlines in the international media in 2014. They say there was a nurse who was raped by the Nazis. Supposedly, she fell ill after that. Apparently, she decided to take revenge...The animation, on the basis of shreds of a tale, tries to reconstruct a story from the times of World War II, which is still alive, and pays tribute to its heroine. The residents of a Czech town become the narrators who retell the urban legend passed down by word of mouth. Their words are illustrated by drawings showing crimes in a figurative way, yet creating the atmosphere of dread and restlessness.

Filmmaker, editor and translator with a background in Visual Anthropology whose work is generally centred on Central/Eastern Europe. She is currently working on her first feature documentary in Serbia. She also writes about film and is a regular contributor to the East European Film Bulletin. Filmography: “Flotacija” (2021),“Cernobila/Black&White” (2019), “Imam pesmu da vam pevam/I Have a Song to Sing You” (2018), “Almut” (2014). 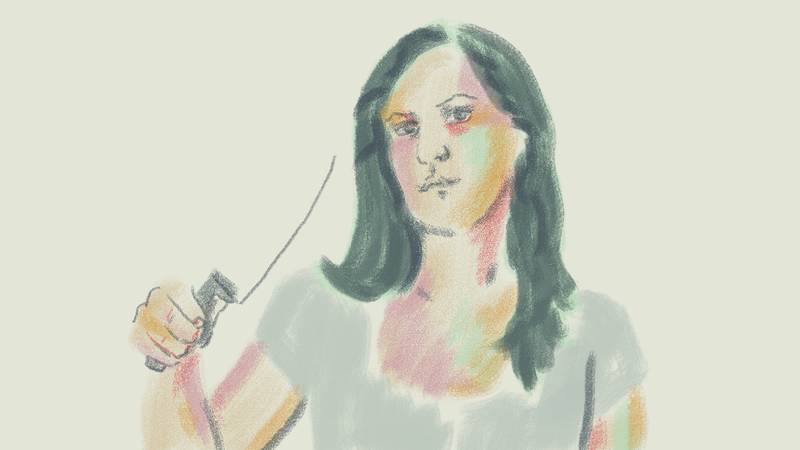