Inside the Red Brick Wall


November 2019 in Hong Kong was marked by the intensification of protests against the law proclaiming the extradition of its citizens to China. The film presents one of the most dramatic moments – a 13-day long police siege of the polytechnic occupied by 600 students. Live reports of the events on both sides of the university wall make the viewer aware of the multitude of options offered by modern technology today to record and transmit images from ground zero. The authors of the documentary transform this raw material into suspenseful cinema. The film received a Jury Special Mention: "A boldly immersive film about the need for, and limits of, protest. The film uses a classic observational style to bear witness to young ardour and the erosion of democracy in Hong Kong. It is psychologically rich and potent". 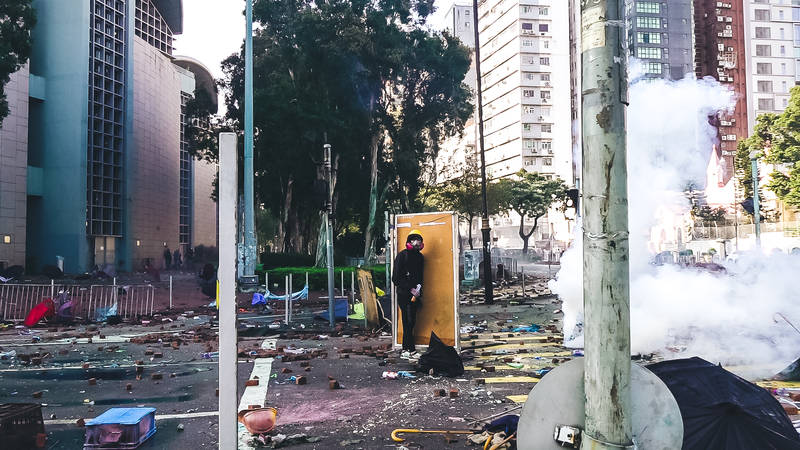